People prefer innovations and advancements and so does Apple. Users have a huge expectation of the upcoming Apple Watch 8.

Some rumors said there might be no Digital Crown on the Apple Watch 8. Apple is working on developing optical sensors.

The optical sensors will be a game-changer for Apple users. They’ve been using the physical Crown from 2015 to now. Generally, the digital Crown allows users to navigate different functions without touching the screen. 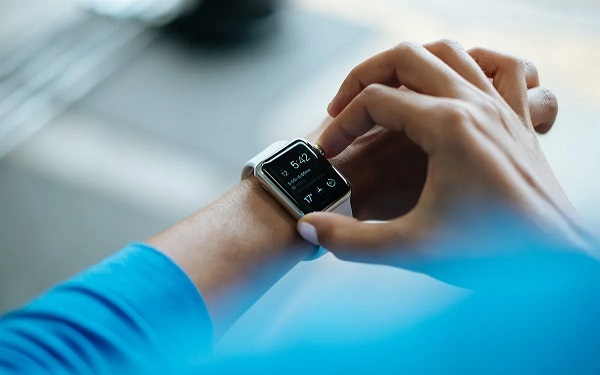 Instead of physical contact, the optical sensors will allow wearers to control the watch functions through gestures.

So, it’s not hard to see Apple watch users are going to have newly designed watches in the future. It can even be the Apple Watch 8.

Removing the Physical Digital Crown will save some space for watches. This means a larger battery can be used. So, wearers can wear watches for an extended time.

However, there’s no 100% guarantee this will be an actual design for their watches. This can be far better. Or they may retain their patent designs.

But Apple is well known for its extensive research. They explore new ways to make their products markedly better.

Apple Watch 8: What You Should Expect?

People may be expecting to see a newly-designed Apple Watch 8. But unofficial reports were indicating Apple isn’t replacing the Digital Crown so soon.

It may only happen after several years. One new improvement of the upcoming wearable could be an additional speaker grille.

Another new inclusion of the Apple Watch 8 may benew tracking technology. This feature can track your blood pressure, blood sugar, and alcohol levels. Special optical sensors will be used for this much-anticipated feature.

The diameter of the Apple Watch 8 might be larger than their last released model. It can be 50mm in size. However, this will be too big for wrists. Their 45 mm watches are already suitably enormous.

Whatever new features and designs Apple will include in their flagship watches; the giant company is going bring a new revolution to their watches in the future.

Google Made a Smart Lamp That You Need to Check Out